You're going to rob a museum.

You've assembled your crew: the security expert, the con artist, the getaway driver, the muscle, and the man on the inside.

It's planned to perfection. But here's the question: what do you want to steal?

Think about it - any historic relic, from any museum in the world.

The Mona Lisa? The Crown Jewels? The Declaration of Independence?

For me, there's only one answer.

It's the ultimate artefact from mankind's finest achievement.

Just to be able to touch it would be the thrill of a lifetime. But can you imagine actually owning it?

Possessing a priceless piece of history is the dream of every collector.

What if I said you can own an incredible museum piece from the Apollo 11 mission...

...without having to steal it from behind a glass cabinet?

What if I showed you this? 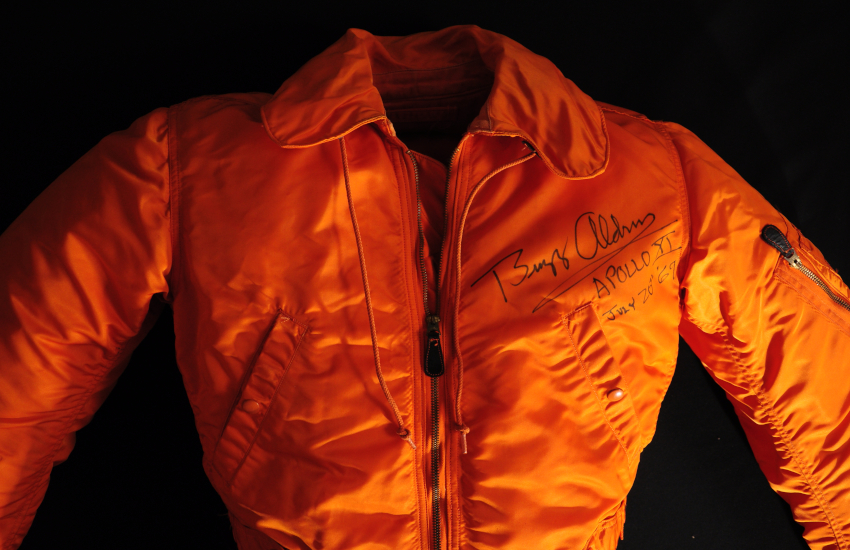 From his personal collection. And signed by the man himself.

The legendary moonwalker wore this NASA flight suit whilst training for both the Gemini 12 and the Apollo 11 missions.

It played an integral role in the 1969 lunar landing - the greatest adventure in human history.

This is the dictionary definition of "museum quality".

I believe it's the finest piece of Apollo 11 memorabilia on the open market today.

The investment potential of this item is huge.

And the prestige that comes with owning it is out of this world. 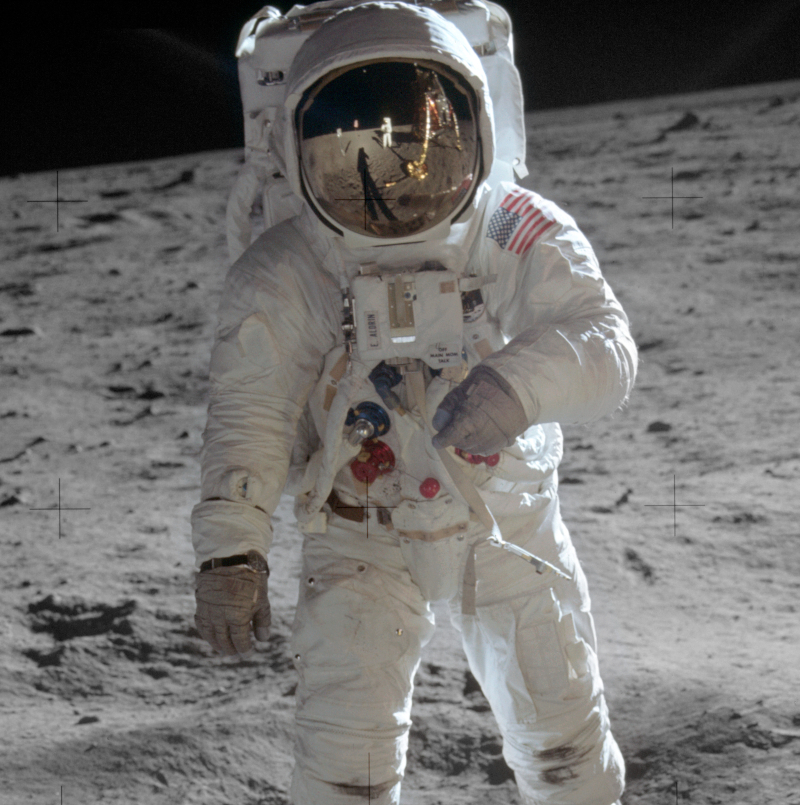 One of the most famous photographs ever taken: Buzz Aldrin walks on the surface of the Moon, July 21, 1969.

Buzz Aldrin was given this suit upon joining the Gemini programme in October 1963.

Known as CWU-1/P flight suits, they were worn by pilots during cold weather, at high altitudes and at sea due to their high visibility.

It's likely that Aldrin wore his whilst preparing for an emergency sea landing or the splash-down upon his return to Earth.

After three years of intensive NASA training he was selected alongside commander Jim Lovell to pilot Gemini 12.

The pair returned home safely as heroes on November 15, 1966. But for Buzz Aldrin, his next mission would be even more remarkable. 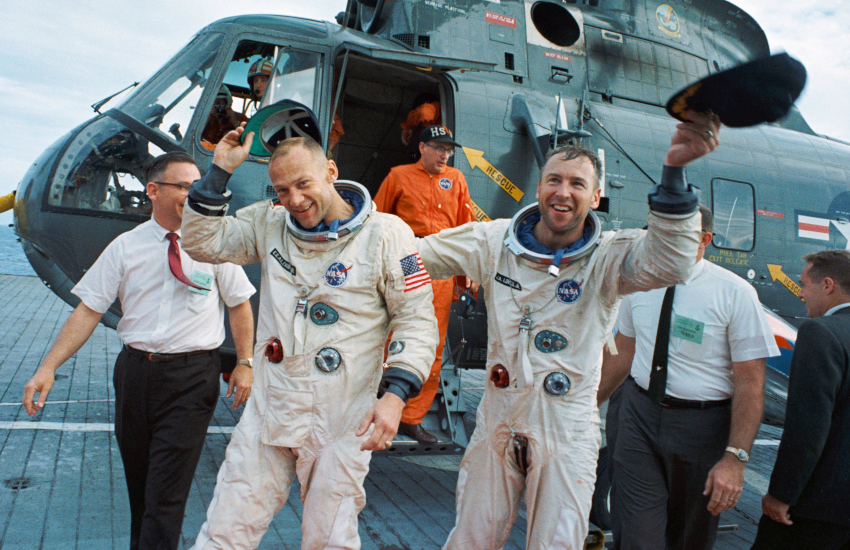 Buzz Aldrin and Jim Lovell on board the USS Wasp, after their return home from the Gemini 12 mission in November 1966.

Aldrin went back into training, this time as part of NASA's Apollo programme.

He continued to wear this CWU-1/P flight suit during the next three years, in preparation for his finest hour.

His dedication, experience and expertise made him the perfect candidate for the first Moon landing.

And on July 20 1969, 650 million people around the world watched the beginning of a new chapter in human history.

When Neil Armstrong and Buzz Aldrin became the first men to walk on the Moon, they ensured their names would live forever.

So if you're looking for a unique piece of history with the power to increase in value...

Apollo 11 space memorabilia is about as “blue chip” as you can get. 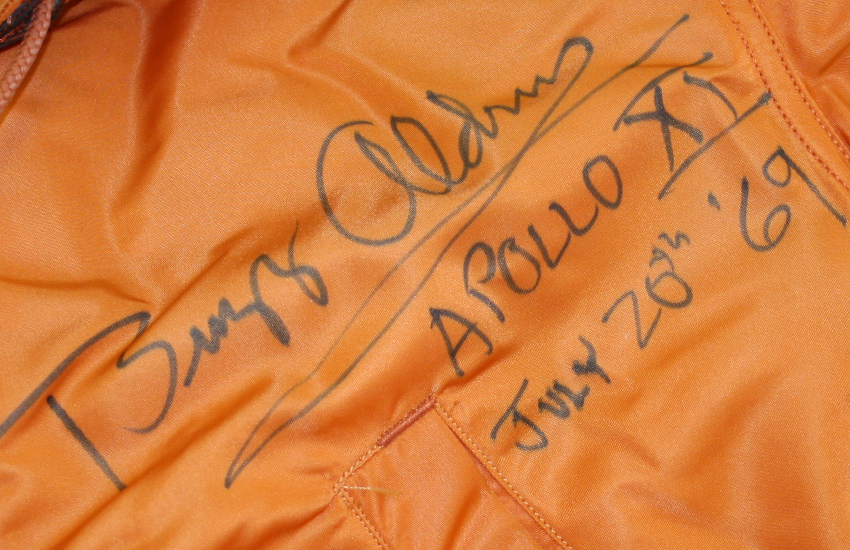 Buzz Aldrin has signed and inscribed his training suit, making it an amazing display piece worthy of any major collection.

Since 2000, the PFC40 Autograph Index shows that the value of a simple Apollo 11 crew-signed photograph has risen by 11% per annum.

But at the top end of the space memorabilia market, the numbers become astronomical.

You'll notice all these record-breaking prices were achieved in the last four years.

Now let's look even closer, at the market for similar NASA suits.

The figures for these comparable suits span 20 years. And here's why:

They almost never come up for sale.

It's well-known that the Smithsonian has first refusal on almost all NASA astronaut suits and flight training suits.

They're called "museum quality" for a good reason.

Only a handful remain in private hands.

And this is your once-in-a-lifetime opportunity to own one of them. 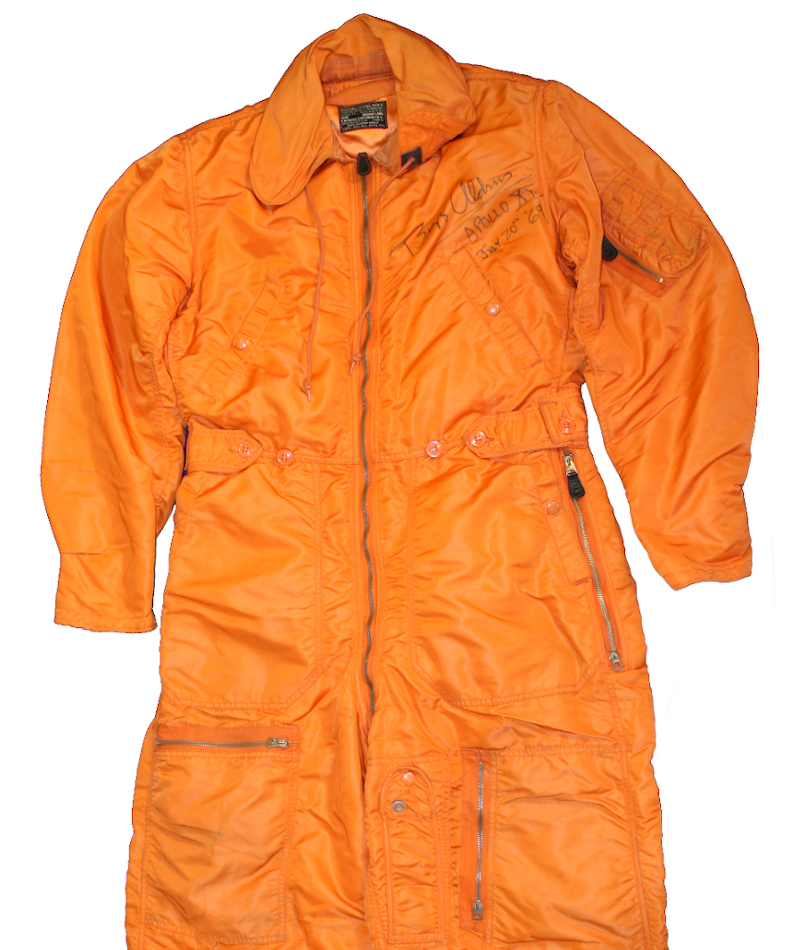 You simply won't find a finer Apollo 11 suit outside of a museum.

The provenance of this training suit is as solid as a rock.

After his return to Earth, Aldrin kept it in his collection for more than 20 years before consigning it to auction in 1991.

And when it comes to future value, that personal connection is hugely important to collectors.

Back in 2019, Sotheby's held a landmark sale of memorabilia from Buzz Aldrin's personal archive. And it was remarkable.

Bidders were paying 10 times over the high estimate on pieces because Aldrin had owned them.

His past ownership gave those artefacts an added weight of authenticity.

You can purchase it today, safe in the knowledge that it will always be highly desirable to collectors around the world.

And to give you even more peace of mind, this suit comes with my Certificate of Authenticity and my personal Lifetime Moneyback Guarantee. 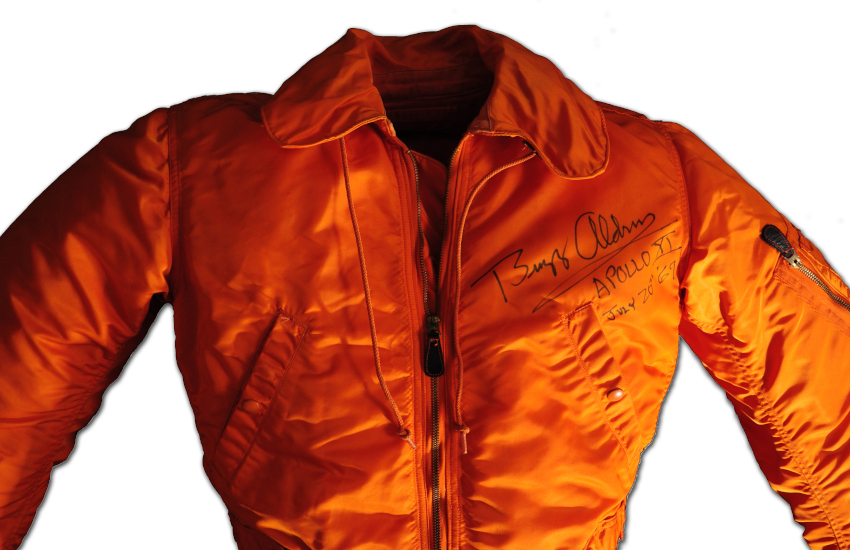 You don't have to merely imagine owning this incredible piece of space history. You can buy it today.

I'll be honest. Simply having this item in stock is one of the biggest thrills of my 40+ year career.

Holding it in your hands feels like a rare privilege.

It's a piece that inspires you and stirs your emotions.

It's a piece that will earn you the respect and admiration of your fellow collectors.

And it's a piece with the power to help you secure your financial future.

If you'd like to be the next proud owner of this truly historic flight suit, I suggest you act fast.

Buy it now, or contact me today to secure it for your collection.

This is your once-in-a-lifetime opportunity.

PS. This item is also available to buy under my layaway plan of 12 monthly installments. Contact me now to find out more.