The Who, of course. 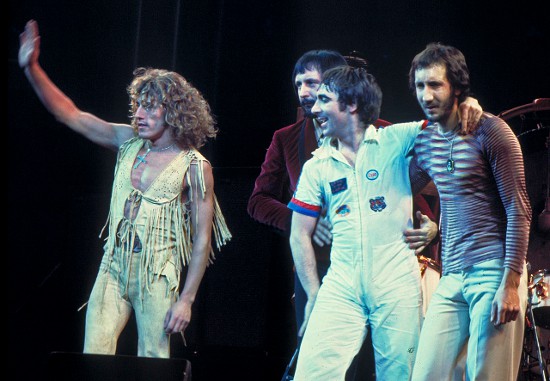 Formed in 1964, The Who were among the biggest British rock bands of their day, and have stood the test of time with over 100m records sold.

Nine studio albums. A historic appearance at Woodstock. Two rock operas. Some of the most incendiary live performances ever seen.

They inhabit the same pantheon as those rock gods that receive huge bids at auction today.

And yet the market for their memorabilia remains undervalued. How have collectors passed up the opportunity to own items from the band’s remarkable career?

Perhaps it’s due to rarity. The band are well known for their on-stage antics, smashing just about everything in sight as a form of “auto-destructive art”.

This hasn’t left many items for the collectors to fight over, yet rarity is often the fuelling factor behind some of the biggest prices at auction.

Townshend’s guitar is up for sale at Lelands

Besides, I’d pay a fair sum for a Pete Townshend guitar in pieces – I might even fork out more than I would for a complete one.

The deaths of Keith Moon and John Entwhistle have capped the market for memorabilia from the original line-up, though Roger Daltrey and Pete Townshend continue to tour – refreshing interest in the band and bringing new collectors to the market.

So their memorabilia is both rare and in demand, yet remains at prices not befitting the band’s status as one of the greatest of the 20th century.

Yet recent auction results suggest that prices are creeping up.

However, that’s still far behind the prices seen by the likes of the Beatles, with a guitar from the Fab Four recently seeing $605,000 in a US sale.

Our signed photograph of The Who is priced at just £295. A fully-signed shot of The Beatles is worth around £27,000, according to the PFC40 Autograph Index. 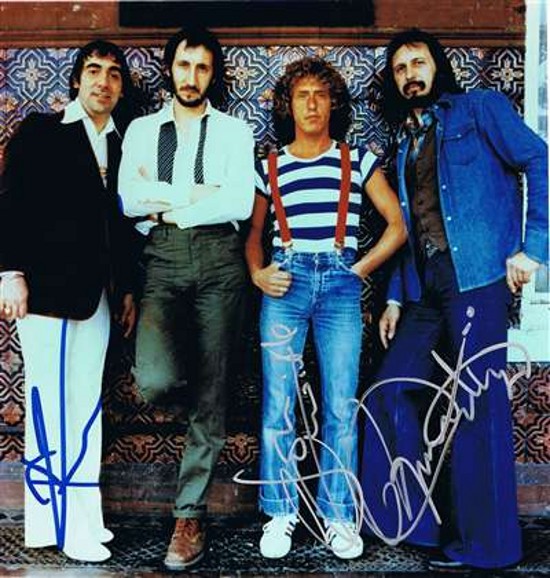 I don’t think prices for The Who will ever soar that high, but if you’re a fan of The Who, now is the time to buy – music memorabilia as a whole is on the rise, and it’s only so long before the boys behind Quadrophrenia get paid their dues from collectors.